I Love Fishing at Foster Reservoir 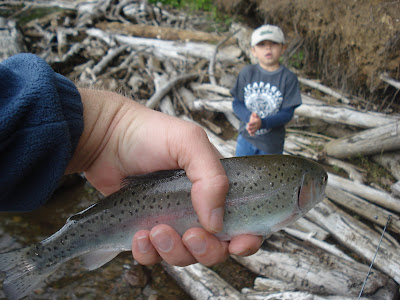 On Friday my son and I caught our limits of rainbow trout. 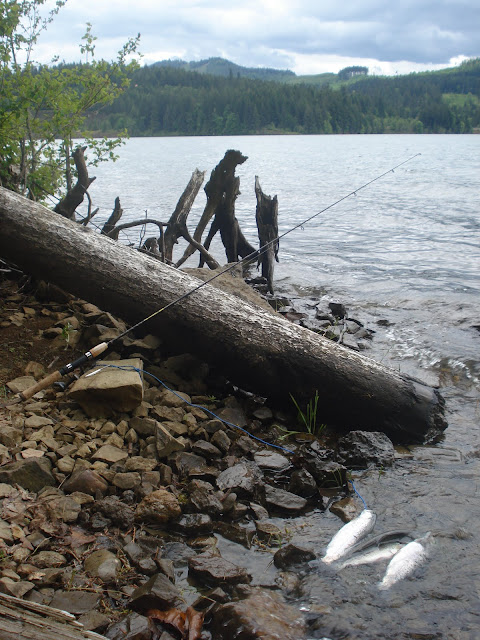 Then we went on Memorial Day and had a great time again. We grilled some meat,“carne asada,” and caught several fish.

We took my son’s friend, who had never been fishing before. I set up a couple of rods with PowerBait and told him what to do. A few minutes later he had a fish on! He was so excited!

We had left the camera up at the car, but my wife took a picture of him and his first fish on her BlackBerry and sent it to his mom. He ended up being the only one of us that caught his limit of trout that day!

The other pole was used by my nieces and my son to reel in several more fish. So, I didn’t actually catch any fish on Memorial Day, but that’s fine with me. I really enjoyed watching the kids reel in their fish.

I must be getting old (I certainly feel old). I'm sure many of you are rolling your eyes right now, but I never thought I would reach the point where I would get as much satisfaction out of watching somebody else catch fish as catching fish myself. It was especially nice to see the smiles on the kids’ faces.

If you liked this article, you may like these books from amazon.com