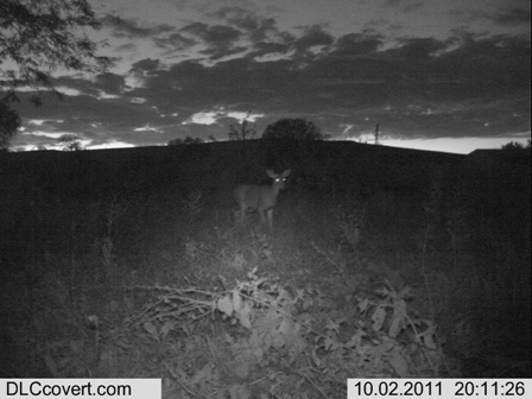 "I can't remember the last time I saw this few deer," the person said. "They used to be everywhere, now I hardly see them, and I didn't see a single fawn this summer." I hear statements like this every year around October, but this conversation was different. What made it so unusual was that the conversation I was having wasn't with a hunter but instead was with a farmer.

It seems that every fall many hunters complain about the lack of deer they are seeing while at the same time, farmers are complaining about having more deer than ever. Hunters like to blame their lack of early season success on plummeting deer populations, while at the same time, farmers have their livelihoods diminished by deer eating their crops. If I were a farmer, I would take serious offense to what amounts to deer eating money directly out of my bank account. That's why when the farmers tell me how few deer they are seeing, I take the conversation seriously.

In many places around the country, significantly lower deer populations are being noted. After years and years of population increases and record hunter harvests, the deer herds seem to be noticeably thinner. Even deer/vehicle collisions are down dramatically in some of these areas. Given that the number of deer hunters is on the decline, and available food sources are abundant, why would the deer populations go down?

Research by several universities and private groups such as the Quality Deer Management Association is beginning to shed light on the issue. More and more, the largest driver in the swing in deer populations is the coyote. Research focusing on fawn survival rates, also known as recruitment rates, is being done in areas focusing on the changes that happen after coyotes are removed from the ecosystem.

Whitetail deer usually have one to two fawns per year. This depends on available nutrition and the age and general health of the deer. This results in an average birth rate of about 1.5 fawns per doe each year. For a variety of reasons, not all young deer reach adulthood so the average recruitment rate is about 1.0 fawns per doe in areas that do not have a significant coyote population. Studying areas that have a dense coyote population, the recruitment rate drops to about 0.4 fawns per doe. This means that all other things being equal, coyotes are killing approximately 60% of the fawns that would have survived to their first birthday.

One study in Georgia showed that 78 does only produced two surviving fawns in an area heavy with coyotes. Once the coyote population was significantly reduced (by professional hunters and trappers), two fawns survived for every three does, a 2,600% improvement.

While I am not seeing reduced deer populations in my area, I am hearing much more often about hunters who are having their deer kills scavenged by coyotes before they can remove the deer from the woods. I have heard it from multiple sources so this could be a precursor to the coyotes reducing the live deer population in this area.

What can we do about the population shifts between coyotes and deer? I think there are three things that I will consider doing over the next year. First, continue the predator hunting with a focus on coyote, although this will have only a small impact. Research shows that you must take almost 80% of the adult coyote population ANNUALLY to make a lasting reduction in their numbers. I don't know about you, but I'm just not that good of a predator hunter to produce those types of results.

Second, look at the deer harvest targets and actual kills each year and if I begin to see the population go down, then we need to kill fewer does the next season. Shifting the harvest quota toward a more balanced buck to doe ratio temporarily will allow more fawns to be born and hopefully survive until adulthood.

The third action item is the big ticket item. Fawns get killed by predators early in their life due to lack of cover to protect them. This problem can be solved through better habitat creation. The thicker the available cover, the more hiding places the fawns have. This will result in a higher recruitment rate as the coyotes just can't find and get to the fawns. Planting of tall, thick native grasses provides excellent food and bedding areas where the fawns will be better protected. Additionally, cover within the woods is needed and this can be created by either piling fallen trees up in an area or by girdling large non-crop trees so that they will die while standing, letting sunlight get to the forest floor and allowing regeneration.

If we stand back and do nothing, this imbalance toward the coyotes will continue until the point where there are very few or any deer left. This will then result in a mass coyote starvation. This is because of the interdependence of predator and prey, but it is a painful, tragic and unnecessary thing to watch. To the extent that we can manage the two populations to be in better balance over the long-term, I believe strongly that this is our human obligation. This will result in more deer, less coyotes, and fewer phone calls from concerned farmers.