Bow Hunting Escapades in the Cascades 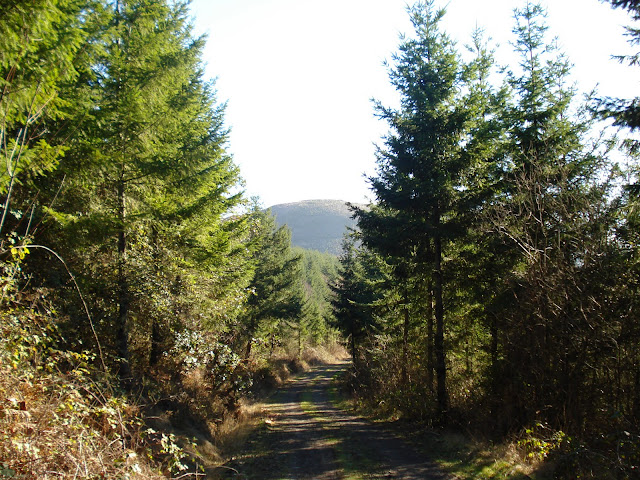 I started bow hunting when I was thirteen years old. I used a 45 pound bow and practiced in our yard. We put some targets up on some cedar bales and practiced all the time. I thought I was a pretty good shot… until it came to shooting at deer.

My brother (one of the five) had a membership to an archery range and we went and practiced there with him every now and then.

I really enjoyed shooting the hand-me-down bow and honing my archery skills.

The first year I bow hunted I actually got a doe on the first day! That is a story I will write about another time.

One day I was accompanying one of my brothers as he bow hunted for blacktail deer. I think it was the same year I harvested my doe, because I wasn’t hunting.

Anyways, we were walking down this road that winded left and right through some mature timbers and slightly down hill. All of the sudden my we saw a buck trotting through the trees just around a bend in the road. So my brother drew back, took care to lead the animal, and let the arrow fly. Of course in moments like these, time stands still and judging by the trajectory of the arrow it looked like it was going to hit the intended mark, but all of the sudden THWAK… the arrow pegged solidly into the middle of a tree that was about eight to ten inches in diameter about half way between us and the buck.

My brother was disgusted with his luck. But, the buck only trotted off a short distance and then turned back around and ran in the direction it had come from, only this time a little farther away.

My brother and I couldn’t believe that he was going to have another chance at the buck! So, my brother nocked another arrow and drew back, taking careful aim.

When my brother thought the time was right he released the arrow… and again judging by the trajectory of the arrow it seemed that this time he had delivered the fatal shot when… THWAK, his arrow hit the same tree, smack dab in the middle and only about five feet above where the first broadhead had anchored itself.

Now the buck had had enough and escaped unscathed. As you can imagine, my brother was not very happy with his luck.

After the frustration and disbelief wore off a little bit we walked the short distance down the hill and saw that the arrows were out of reach, so my brother gave me a boost and I was able to un-screw the lower arrow from it’s broadhead, which was permanently imbedded in the tree.

So, then I tried for the second arrow, but for some reason my tunnel of vision began closing in and all I could see was a little tunnel of light in each eyeball. I started feeling light-headed and a cold sweat formed on my forehead. My brother let me down and I sat on the ground until I recovered a little. I was now feeling really weak.

So, we called it a day. We never did recover that upper arrow. A couple of years later, they logged that whole area and I always wondered if some logger saw that arrow there in that tree and wondered about the story behind it. I bet he could have never guessed…