I hope everyone is having an exciting summer. I have had the opportunity to do a little fishing myself. 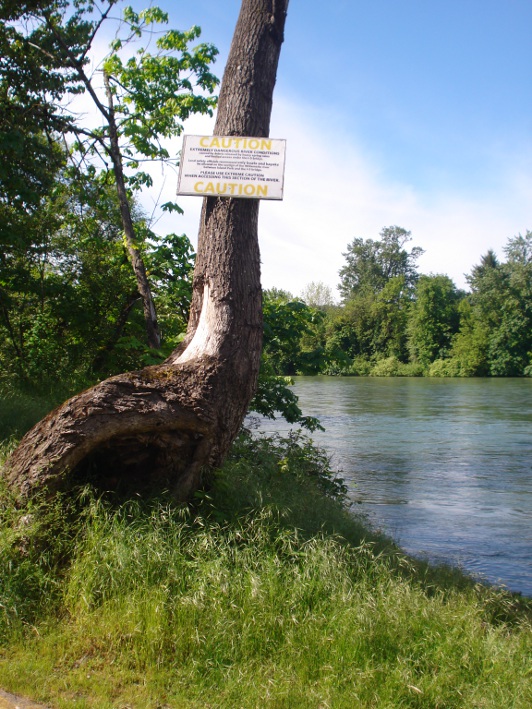 Earlier in the year, I went fishing with my brother on the Willamette River. The water was high and a bit off color, but just before ending a long fishless float, I hooked into a 12-15 lb Chinook Salmon.

I played the fish for a few minutes and soon had it up next to the boat. It was fresh from the ocean and a real hawg.

Unfortunately the fish didn't make it into the boat. We "released" it a bit prematurely. I wasn't too disappointed, though I thought I could already taste smoked salmon in my mouth.

It was just one of those things that wasn't meant to be. And that's okay. I like to think we just unselfishly released the speckled silver beauty so that it could carry out the measure of its creation. Hopefully there will be a few more salmon in the river in a few years thanks to our misfortune.

We went out again during the heat of the summer and refocused our efforts on catching some steelhead. My younger brother was able to bring in this beauty. 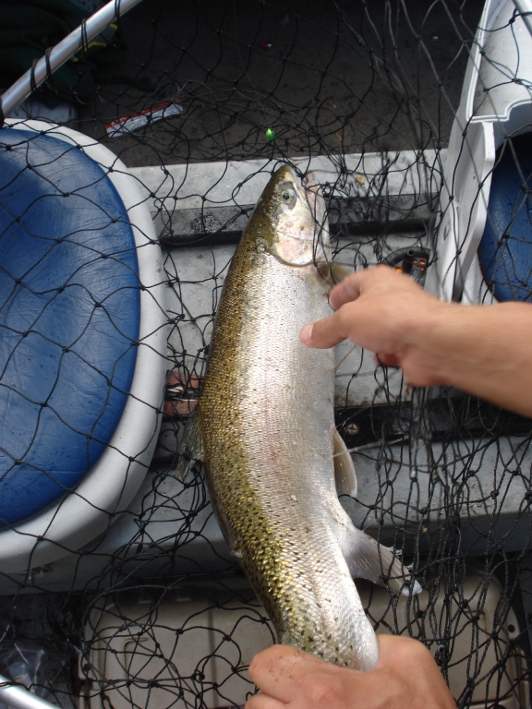 I have been doing a little fishing locally on the Willamette River as well and have found myself some nice smallmouth bass. 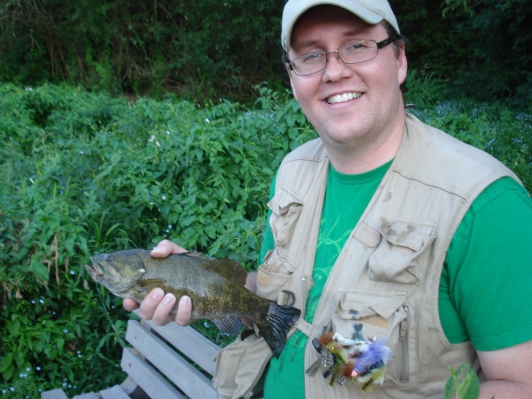 Smallmouth bass are one of the tastiest fish I have ever eaten, but I don't recommend eating resident fish from the Willamette River as it is a tad too polluted for my preferences. I hope to keep my liver and other internal organs intact for a few more decades. No need to accelerate things...

Recently, a bit to my surprise, when I told some non-fishing buddies about my luck down on the Willamette River and how I had released the fish, they expressed their disbelief- they asked me why I even went fishing if I wasn't going to eat the ones I caught.

I thought they would be glad to know that the fish had survived the ordeal, but I guess they preferred that I kill the fish and eat them. Again, that would have been the preferred outcome, but unfortunately would have been an unhealthy decision.

I guess some folks just haven't experienced the joy of having in your hand a fishing rod which is dancing at the weight of a powerful fish that you have outwitted on it's own watery turf.

I do love a good fried or grilled fish, but that's only half of the enjoyment of fishing. I love the beauty of the deep green river as the currents twirl and twist in its unknown depths. The beauty that can be found in the most unexpected places. 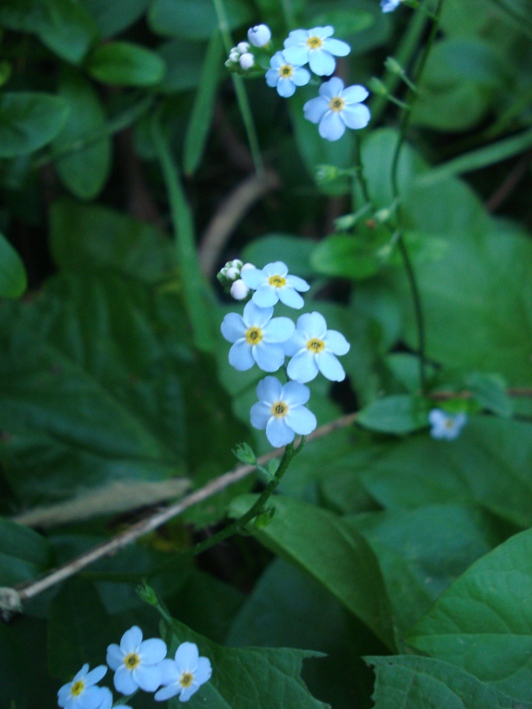 The flowers that dot the lush green vegetation near the path along the steep banks of the forgotten river. The setting sun causing the nearby foliage to blaze with a golden glow, starkly contrasted by the black shadows under the leafs and branches-

The warm summer days will soon draw to a close. I hope in some way we may all take advantage of the season before it ends.

Perhaps we will have some stroke of luck, some sweet experience that will glow in our memory through the upcoming months of darkness and cold. A memory that will warm us and give us hope on the deepest winter day. Perhaps one last fish before hunting season begins...

For me, it happened recently. What exactly it was will probably not matter to you. We have all enjoyed those gifts from time to time.

May we cherish them. Let us share them with our loved ones.