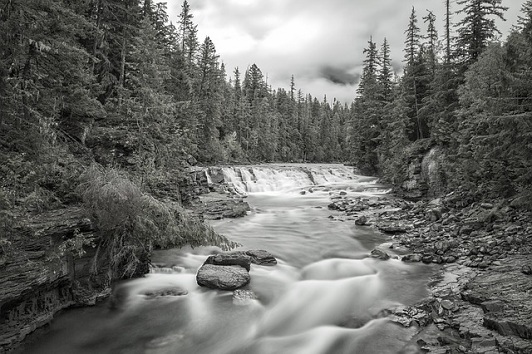 Most if not all outdoorsmen employ self-teaching at one point or another for the simple reason that there are not readily available classes that coincide with the space in busy schedules. For most people, the outdoors is a wholesome hobby and not a job title. At least that statement is true enough for me especially given that I am a young man. With a lot to know, more to learn, and a filled schedule holding you back from your next adventure, what options are there for pursuing outdoor arts?

The man left from around his parked car and sauntered along, parallel to the meandering river that his eyes traced patiently. They paused upon the water’s gentle countenance, the air damp and wet in the cold, the ducks that hobbled slowly along the dune-shaped shoreline, the water that pulled from his soul the fear and worry he had felt moments ago.

Though fishing this water was entirely new to him, he had studied its curves and pools for days, scouting out the features that slowed the ceaseless current in the hopes of discovering what lay finning lazily within it.

His walking had revealed to him the small set of falls his eyes set upon as a prime spot for a large trout to drift. The water down from him was on the outskirts of the main water column and swirled lazily.

‘The eddy,’ he thought to himself.

The fisherman left his gear bag and crouched forward to sneak next to the river. Choice lures prepped on a cotton patch attached to his vest and his rod well-oiled and re-spooled with fresh line, the fisherman had the utmost confidence in his gear.

Tying on a lure using a loop knot for maximum movement in the water column, he cast up from his slight downstream position to get the longest drift possible.

After a few tries he’d switch retrieve style or lure until he was down to his last one; a silver 1/8th ounce kastmaster.

‘One more,’ he thought sadly, ‘There has to be a fish in these waters.’

The line arced out over the foamy mess below and splashed neatly into the center of the eddy.
Almost immediately, there was a jarring yanking of the rod and a moment after, the fisherman held up proudly the fruits of his labor. A perfect eating-sized rainbow trout with the still shining spoon in the corner of its mouth.

Now, how is it we can learn something from this story? Let me impart upon you a word of advice a close friend recently gave to me. He told me that, “We do what we have to do now to do what we want to do later.”

The main character in this story spent his downtime cleaning rods, choosing lures, prepping gear, and went so far as to scout out the water he hoped to fish using google maps. The fisherman studied. He studied knots and lures and water and river and he got an A for it.

It is important that an outdoorsman remain sharp and knowledgeable about his or her craft whether in or out of the field. Honing one’s skills on a computer or a floor at home, will pay off later when the knowledge must be used.

That is the importance of a studious outdoorsman. And frankly, it’s studying that I don’t mind doing.